How to Find the Starting Note in a Song: Part 3 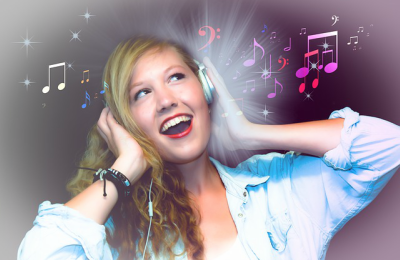 In Part 1 we looked at “getting over embarrassment” as even the best singers hit a wrong note from time to time; and outlined steps to support hitting the correct note.

In Part 2 we expanded the discussion to include more tips and examples of how to use musical instruments/accompaniment to help find the starting note.

If you just discovered this conversation thread, you may want to go back to these previous discussions.

Note: we’re talking about leading and teaching a song to a group, but all of these principles can apply to most other settings.

In Part 3 we dissect the elements of a chord and begin unraveling some of the reasons why we miss notes, which helps shed light on solutions to finding the starting note.

FYI: “Accompanist” is no longer politically correct. For piano the “correct” term is “Collaborative Pianist”. For this we’re just going to be politically incorrect and move forward.

For this discussion, more elaborate definitions are not needed (and might confuse a lot of folks).

Note: most songs will have a starting pitch of the Root of the chord and for most people finding the root when hearing a chord is fairly straight forward.

Problems in finding the root when given a chord. There are two common situations that may confuse the ear in finding the root of a chord. First, the singer may have rehearsed/practiced using an instrument different than the one used in performance. For example, at home the singer might practice with a piano or keyboard and the performance might be accompanied by a guitar. Both common issues arise in this example: 1) the timbre of the guitar is very different than a piano.

For a longer discussion we may explore overtone series. For now, here’s a short paragraph explanation. Basically the note C has overtones at higher octaves that include C E G and other notes – every instrument highlights these overtones in different ways that help provide the unique quality sound of the instrument… Each piano is slightly different and each guitar is slightly different, but moving from a piano to guitar could present a significantly different overtone series that might be confusing – at first. The mechanisms for matching pitch are not entirely understood. While it is presumed that the primary frequency used to ‘match pitch’ is the fundamental of the note, research shows that the brain also uses elements of the overtone series to help refine pitch. Thus far this overtone discussion concerns a single note – what would you expect when we mix in 2 other notes and their overtone series? As you can see it can become complex quickly.

The Bottom Line: Be Prepared for the instrument used in the live setting. This may seem obvious, but it is quite common for vocalist to rehearse with different instrumentation than what is used live.

The other consideration is chord voicing. A chord may have the 3 notes of C E G and might be presented in the order of C E G from lower to higher. However, a valid C chord might also be played in an ‘inversion’ where the E or G is the lowest note. In addition, some of the chord notes might be repeated. So, for example a common voicing for playing C on the guitar is E C E G C E. While there are fundamental reasons (for another discussion) why the C can stand out and be easily identified, but is also clear that the sound of E dominates the volume and could easily lead to confusion.

In this later situation, chord voicing is usually easier for a pianist to arrange than a guitarist. This is generally the case because people learn to play the guitar by learning chord “forms” that are relatively easy to play on the instrument… on the piano it’s just as easy or easier to play a chord with the root in the bass note.

This is a lot of background that hopefully explains why you might have practiced for hours on your home piano and could not find the starting note when in a public setting with a different instrument.

Coming next:
*) Picking the 3rd and 5th out of a chord

This site uses Akismet to reduce spam. Learn how your comment data is processed.